Let us learn from nature... 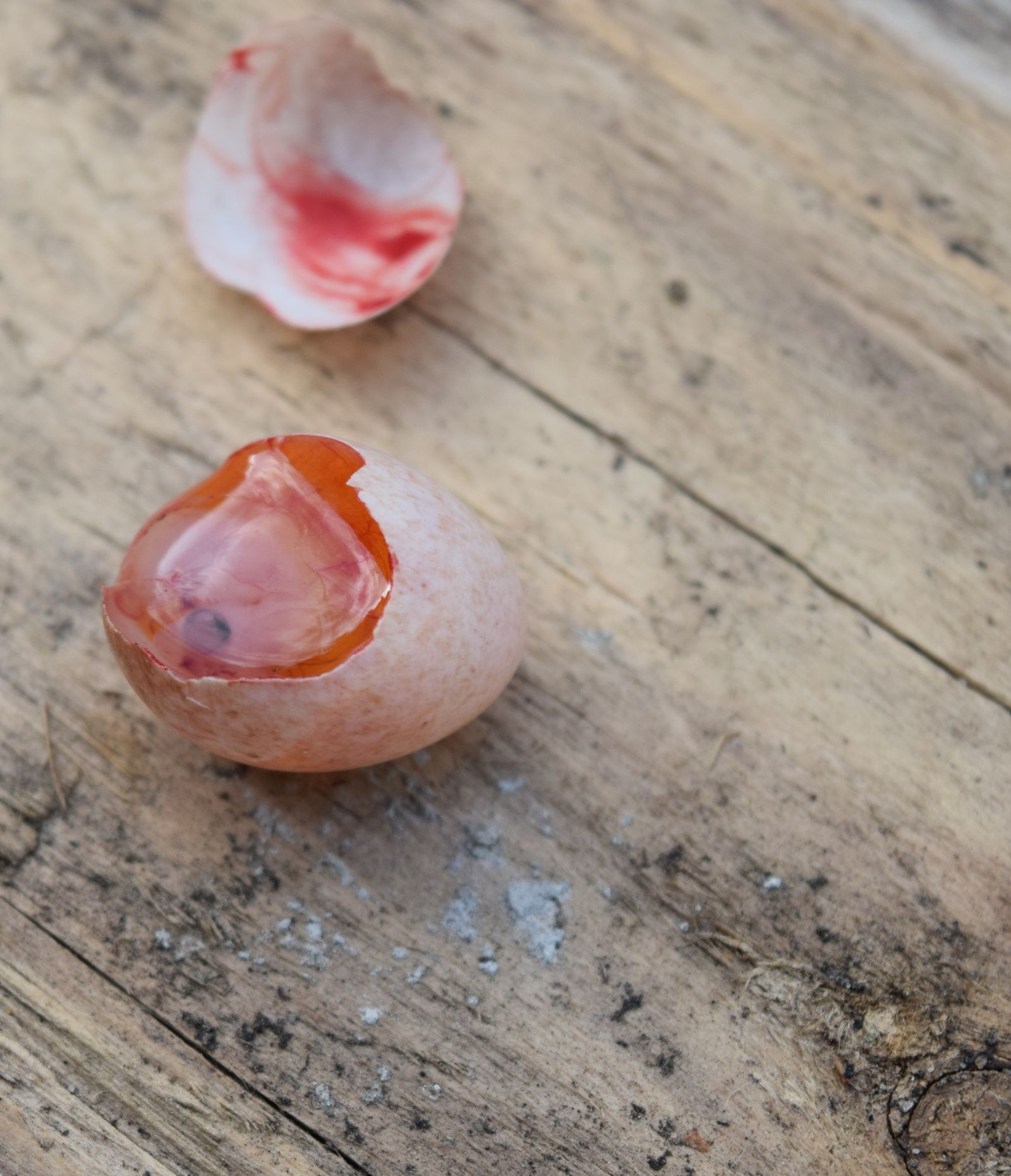 This is the last of seven eggs that will never get the chance to hatch.
It and its embryonic siblings were the size, shape and colour of your typical Cadbury Mini Eggs. Speckled and multi-coloured, just like the photo below: 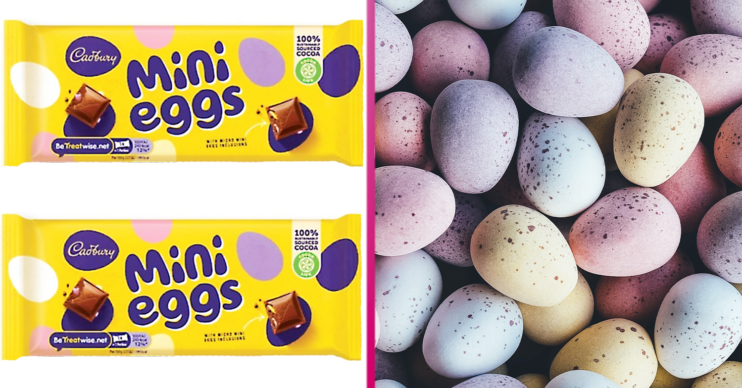 Perhaps Cadbury took inspiration from nature when coming up with the idea of Mini Eggs - who knows.
Since replacing the paving slabs with block paving in the back garden, it's been a slow journey to get the garden back to how it was previously.
When we changed to block paving, everything in the garden got shoved to one end of the garden so the company could work. That was last summer!
Whilst clearing weeds, overgrown grass and rubbish, I discovered the nest of eggs under a stack of white garden chairs.
At the time I didn't notice the nest, I first noticed a robin fly from underneath the chairs. In and of itself, not a big deal - we often see robins in the garden.
What was strange is the fact the robin allowed me to get as close as I did, before flying away.
It was only after moving some of the garden ornaments that I discovered the nest. Built inside a large flowerpot on its side. Well hidden from human and predatory gazes being at knee height.
I didn't manage to photograph the eggs in the nest because I was more concerned about the mother abandoning the nest after I discovered it. 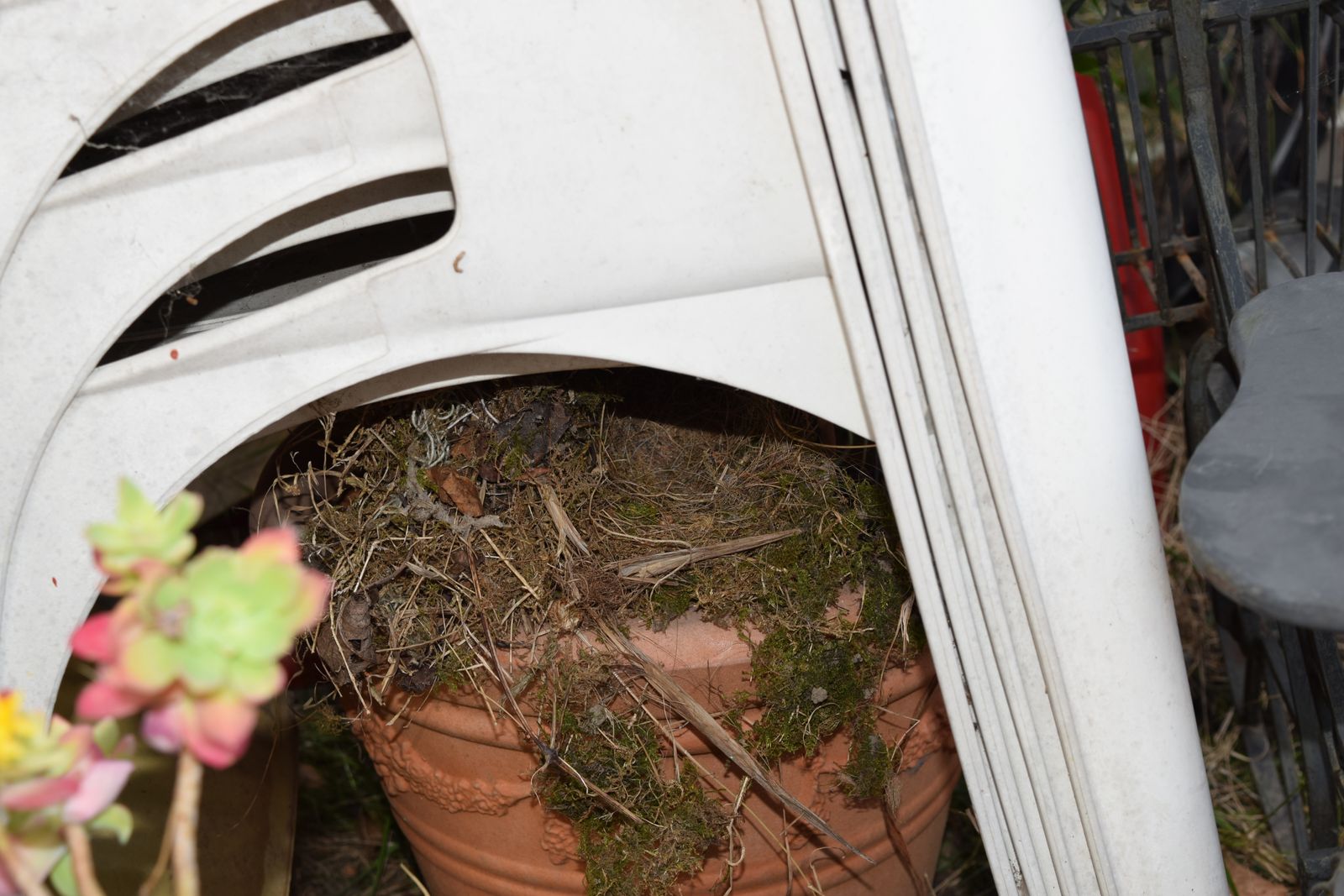 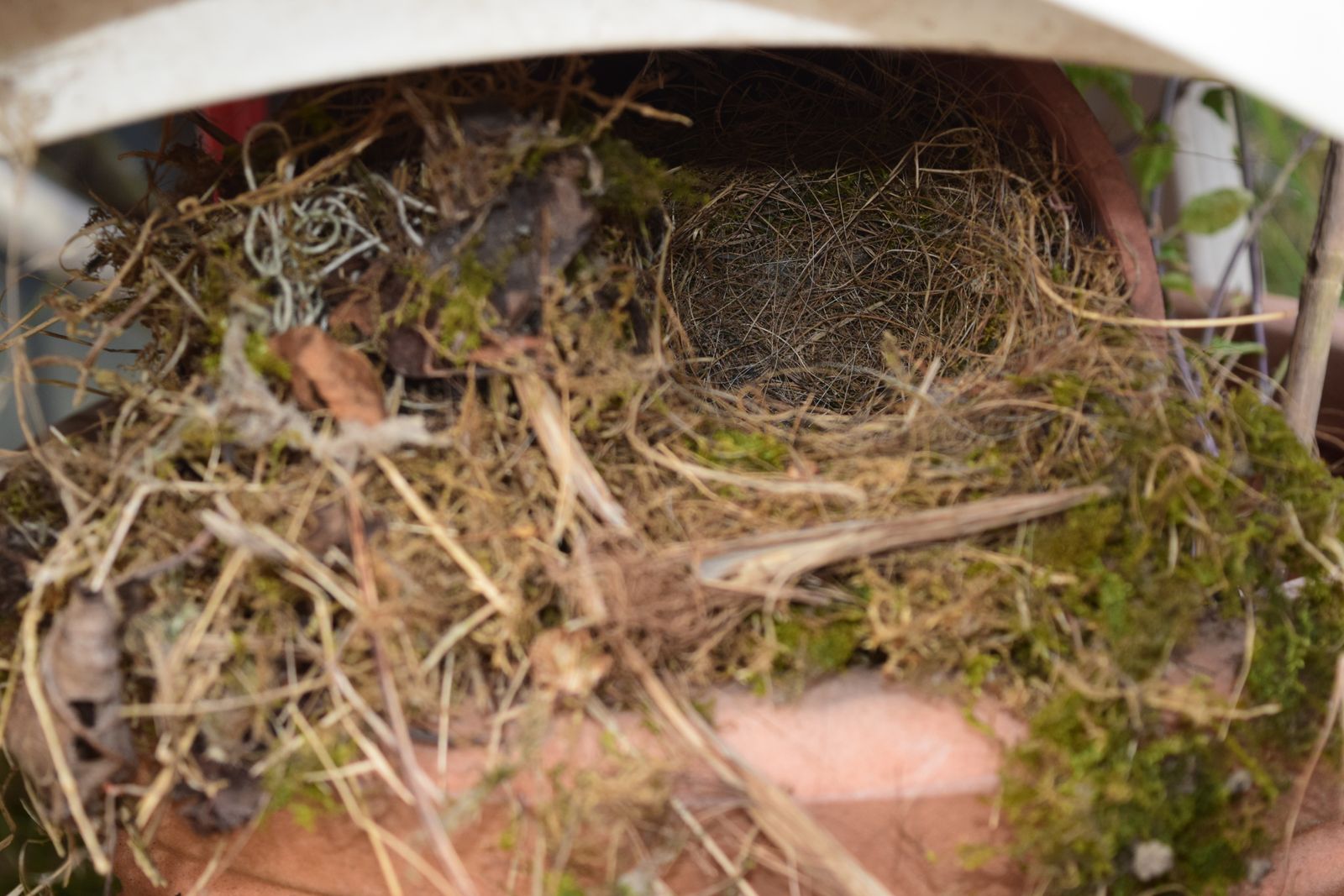 Allow me to introduce you to the would-be parents. Mr and Mrs Robin.

I don't know if it is their first season together. But I do know it's the first time we've had a nest in our garden.
Typically they nest close by, in one of our neighbours' gardens, gracing us with their presence and songs.
This year, we were the lucky landlords. 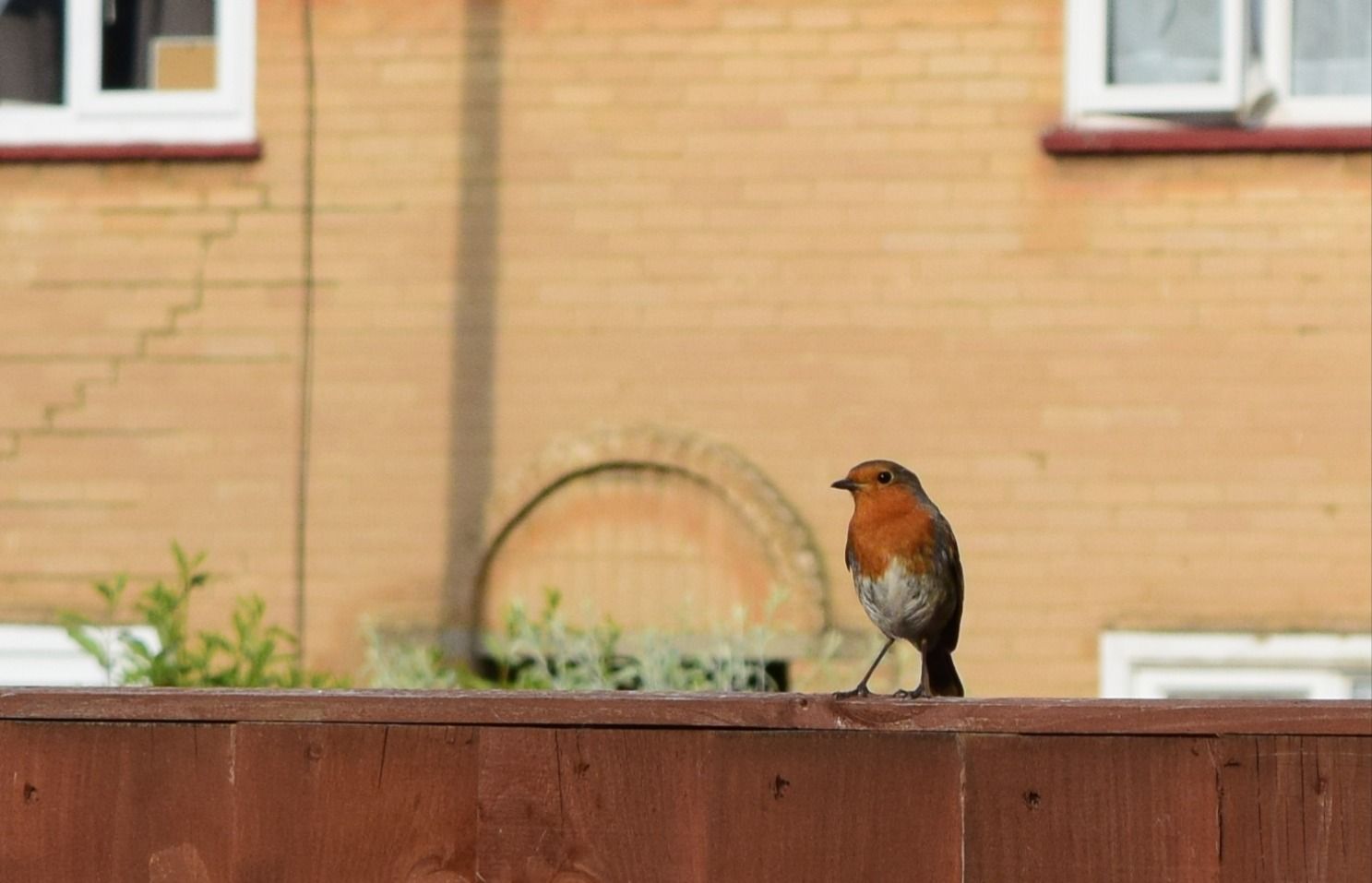 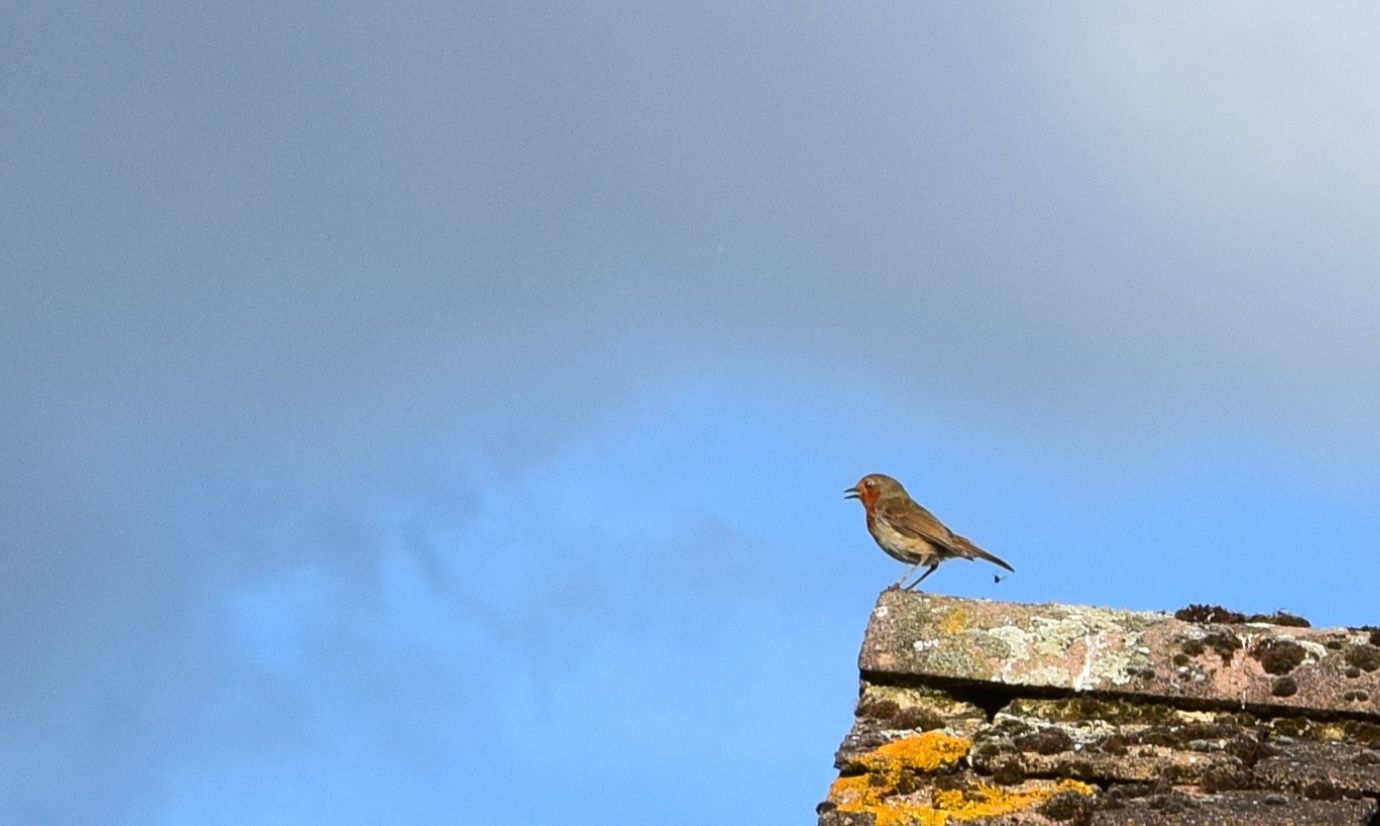 On the day I discovered the nest, I put everything back as I'd found it, calling it a day in the garden. Desperately hoping the mother would return to the nest.
The following morning, I went into the garden and from a distance, I looked for the nest under the chairs. Looking back at me were two black beady eyes.
A sense of relief was felt. She returned! 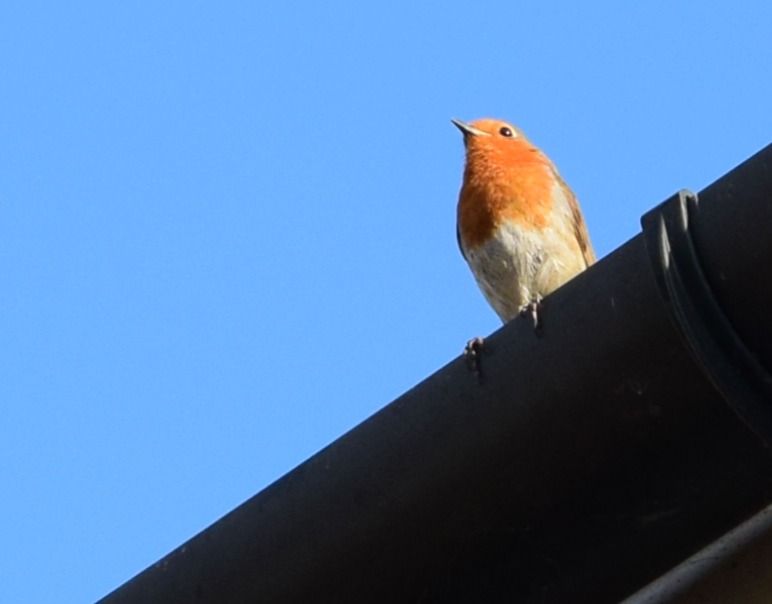 Over the following days, the pair watched us in the garden, and we watched and listened to their bird song. Regularly watching them fly back and forth to the nest of eggs.
Cautiously landing on surrounding items to check the coast was clear before darting to the nest. 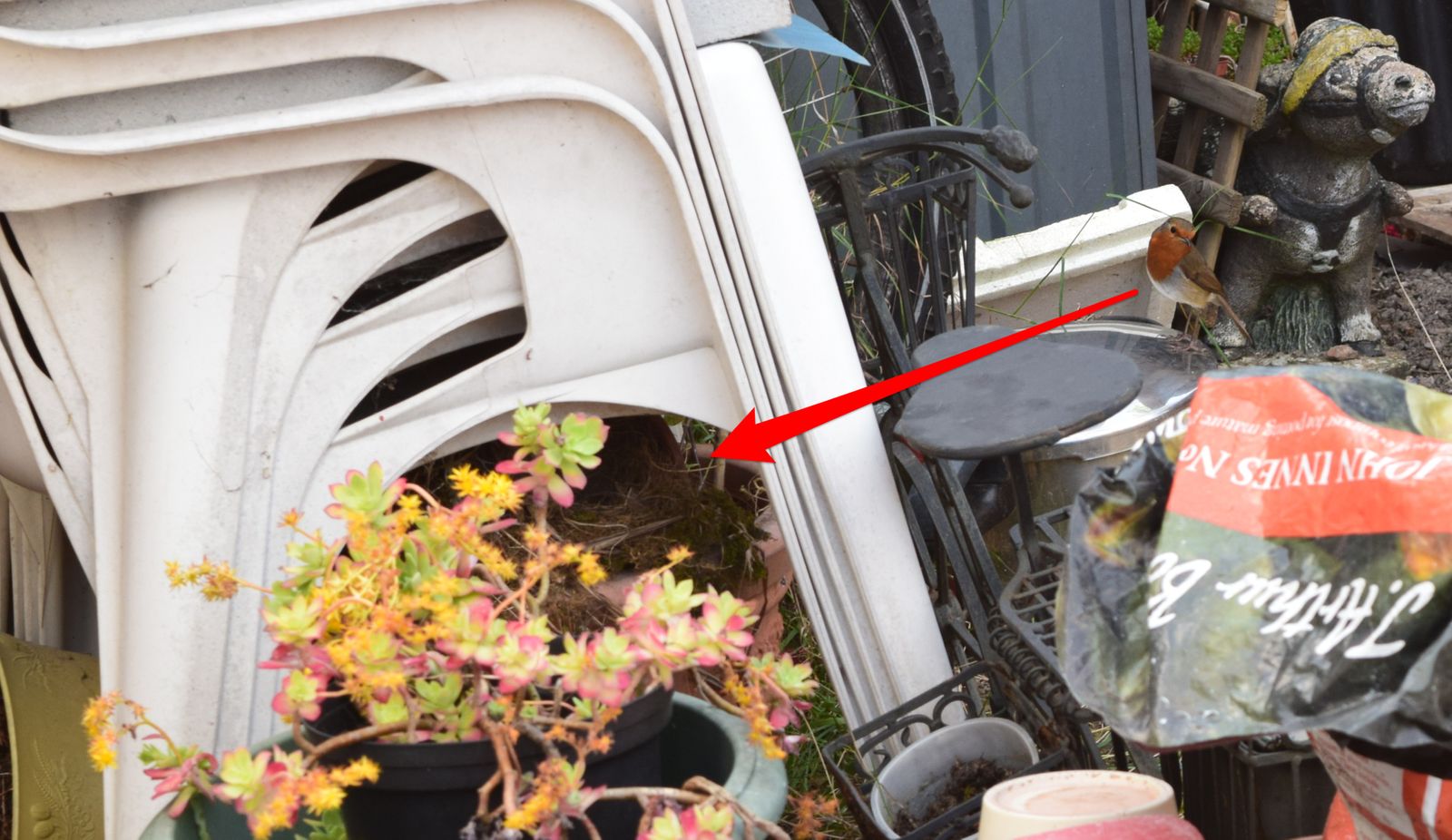 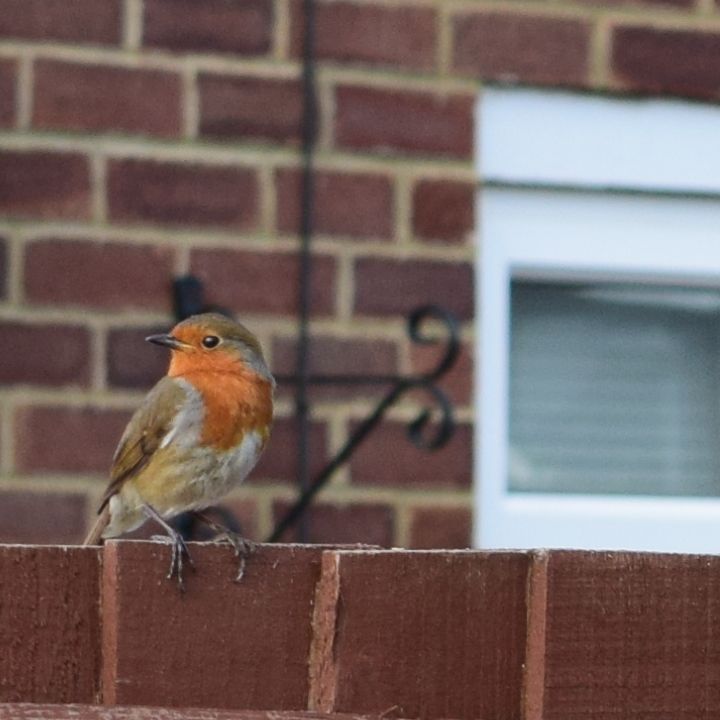 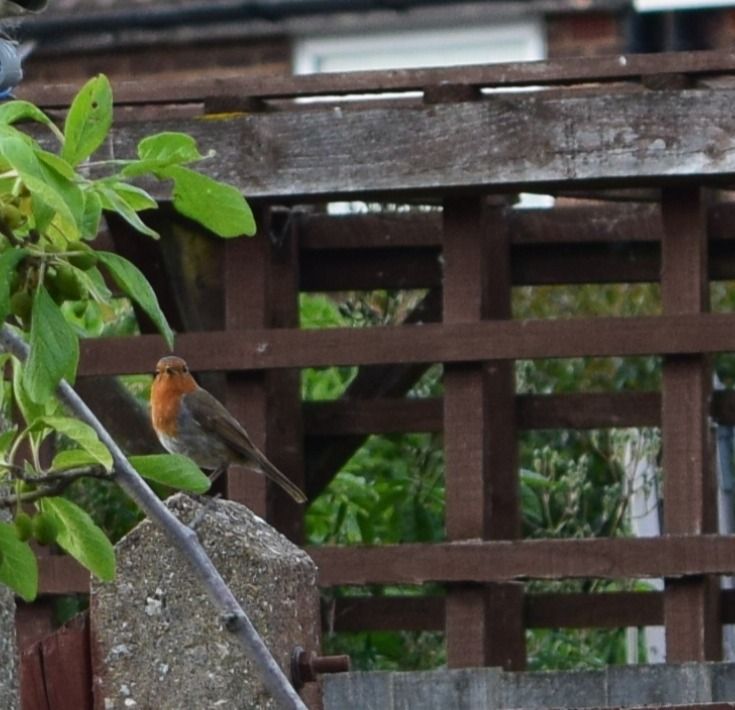 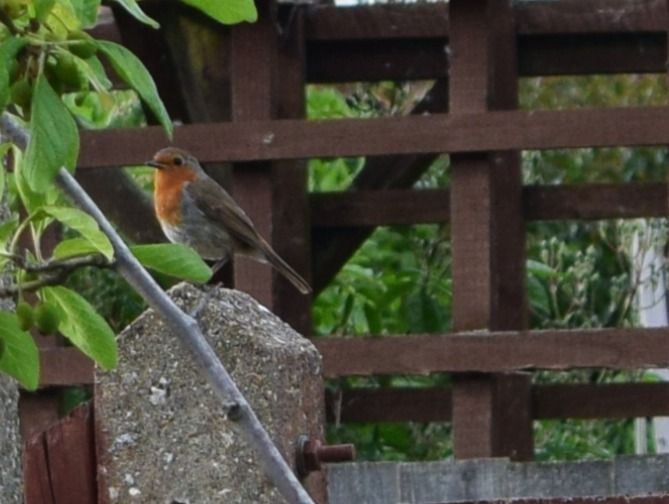 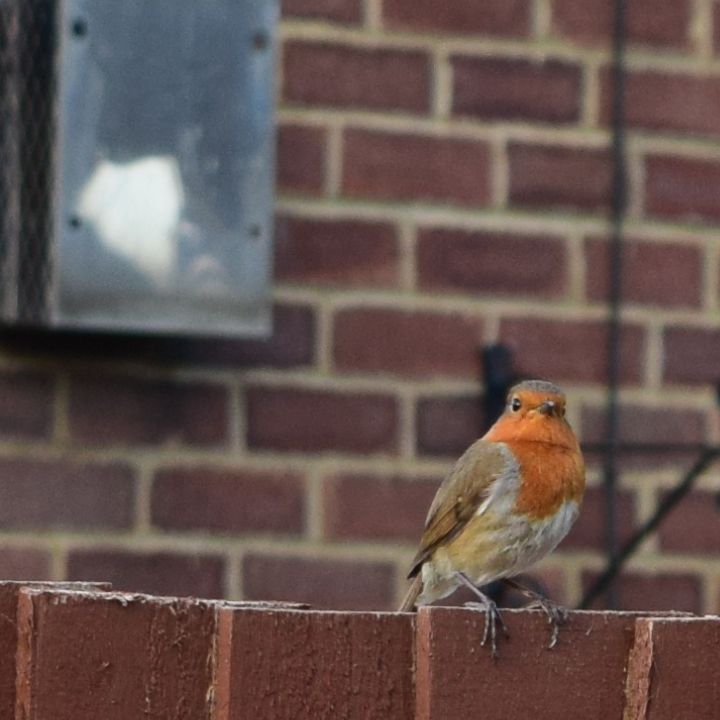 I think it's that unfortunate time where the story needs a villain... 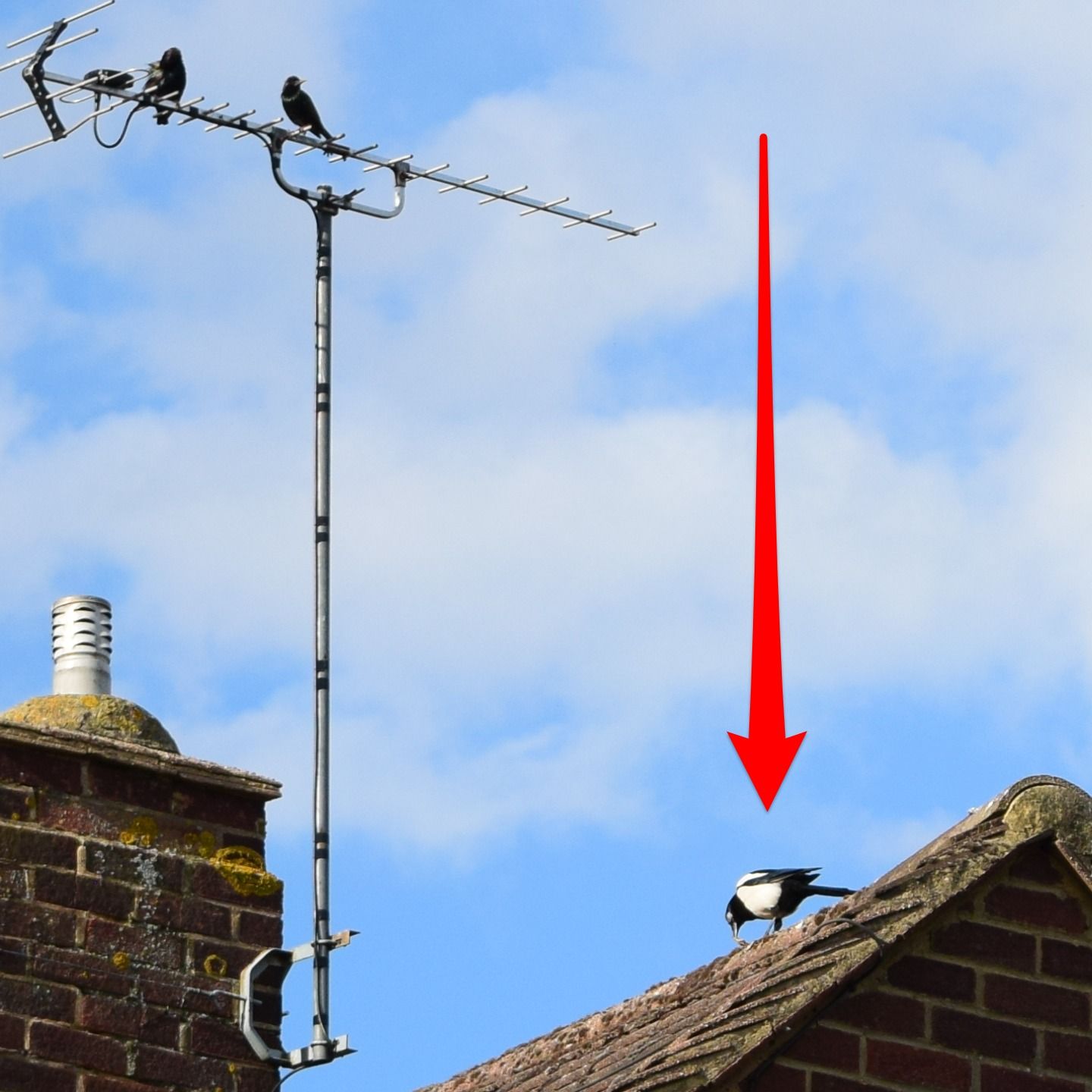 A few days after the initial discovery, whilst sitting in the living room watching TV, I saw a magpie through the patio doors, fly from the garden floor to the back fence.
At the time I thought nothing of it. Just one of many birds using the garden to find bugs and such to eat.
An hour or so later, back in the garden I noticed the nest had been disturbed, it was no longer on the flower pot under the chairs. It now lay on the ground upturned and empty, bar one egg covered by some of the nesting materials. I searched the area but no other eggs were to be seen.
I carefully returned the sole egg to the nest and returned the nest to the flower pot.
I wasn't 100% sure at that point what had attacked the nest, but I was hoping the mother would return a second time after I'd intervened. She did, though clearly agitated she may have been present just before the attack took place. It was a sad time knowing six eggs were gone.
Nature is indeed cruel, I don't know if the nesting pair will be able to produce more eggs this season or simply focus on the one remaining egg... either way at the time I kept a watchful eye on the nest looking out for returning predators. But a person can only do this for so long...
Little did I know our movements were being watched from upon high.
It was later on, when returning to the garden, the magpie - disturbed - flew from the garden floor - near the nest - to a nearby roof.
Caught in the act of trying to steal the last egg!
It didn't succeed - but did manage to crack the egg's shell (see the first image).
All seven eggs - were lost.
Though no match against a magpie both in size and strength, I hope the pair of robins go on to mate again in the future.
They can't give up, they must never give up. Their bloodline depends on it.
Is this where the story ends? Not by a long shot! 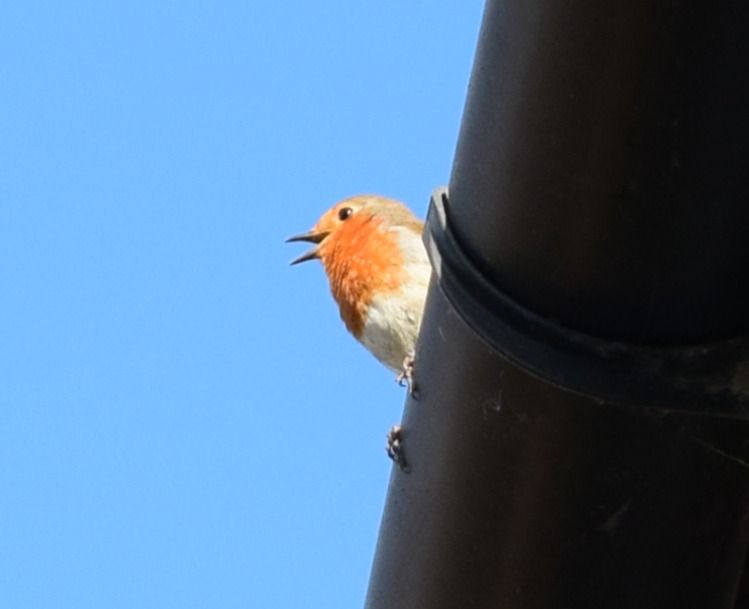 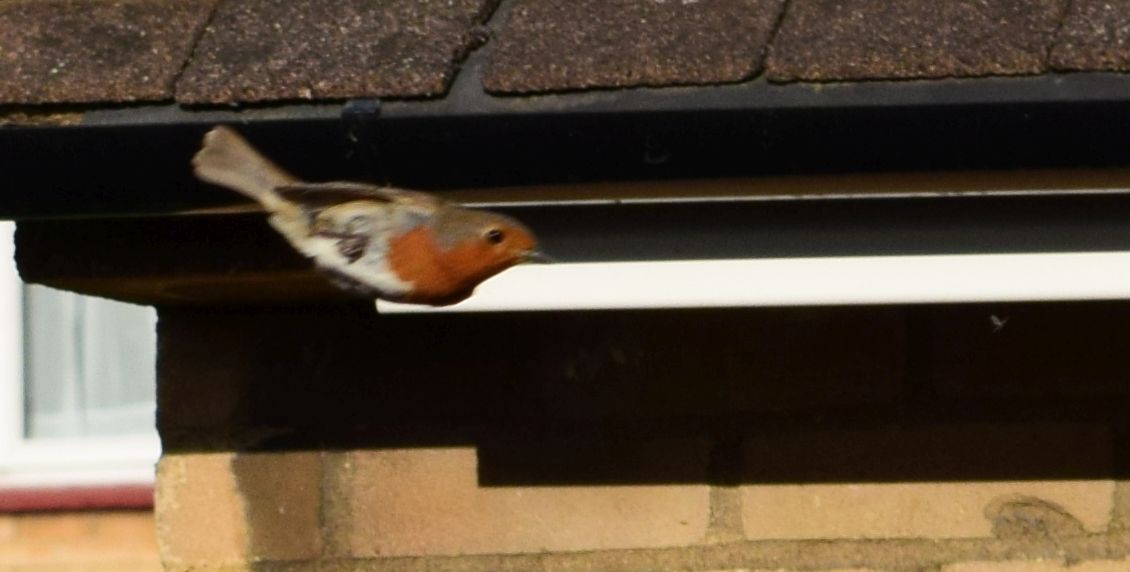